It’s no secret that streaming has become a popular hobby, a career aspiration, or a full time job for many over the last few years. Platforms like Twitch and YouTube Gaming have seen incredible growth as more and more people settle in to watch their favourite streamers play through the latest titles, or look back fondly on retro games from their youth. I’ve always been a big fan of streaming personally. I still remember when I was younger, I would sit and watch my brother play through games on his PS2 and find it fascinating. That’s progressed into me consuming hours and hours of content on Twitch watching Pokimane play Valorant, or variety streamers like LuxieGames entertain me playing anything from Red Dead Redemption 2 to Bigfoot.

Game streaming isn’t just for people that are “good” at video games either. Personalities like Felicia Day can easily keep thousands of viewers engaged trying to figure out how a game works, just as much as esports pros can enthrall us all with their crazy skills. The variety of content on offer nowadays is so vast, there really is something for everyone.

This also means that there is space for anyone to become a streamer. No matter how niche your stream is, there is bound to be someone out there that is looking for a stream just like yours. And, of course, streaming has extended far beyond just gaming now with “Just Chatting” being the most popular category on Twitch, and live music streams seeing incredible growth – especially during the height of the pandemic. So, if you want to become a streamer, there’s definitely a market for it. But, how do you get started? 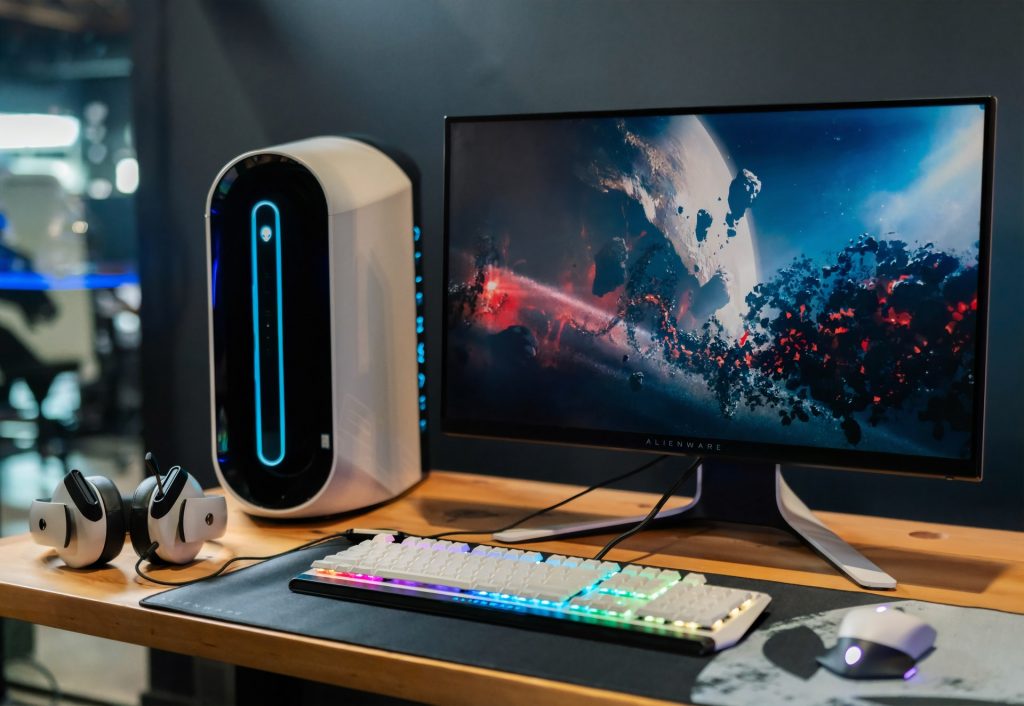 Despite what you might believe, you don’t need a fancy setup to start streaming. When I started streaming I would stream from my laptop with my gaming headset mic and a webcam. Of course, if you’re wanting to stream the latest AAA game, you’re probably going to need a bit more firepower behind you, but in general, you don’t need to be rocking the latest GPU or next-gen console in order to get started.

Whatever setup you have now should be all you need to get started. You don’t want to be splashing out huge amounts of money on a setup only to find out that streaming isn’t for you a few months later. Once you’ve tried your hand at streaming though, if you decide that it’s something you want to do more of, then it’s probably time to upgrade a few things. 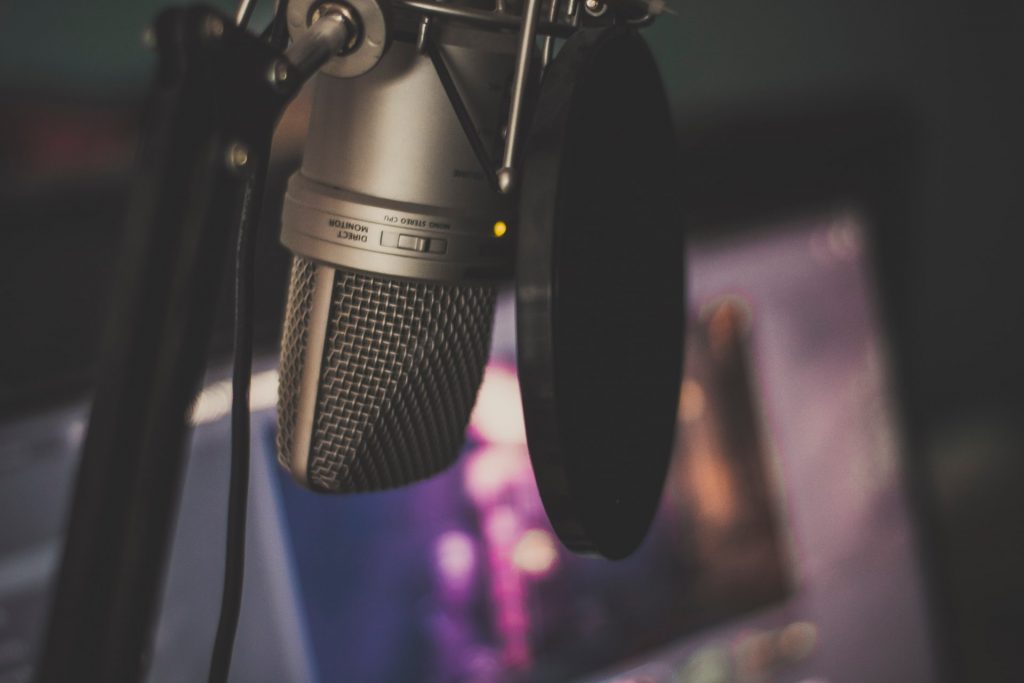 Your microphone is a big one. Not every stream needs a camera, but they do need a microphone – and nobody likes listening to scuffed audio. A great place to find recommendations on any tech is to see what your favourite streamers are already using and go from there.

If you are going to include a camera in your stream, then this is probably the next thing you’ll want to upgrade. There are some surprisingly high-quality webcams out there if you don’t want to splash out on a top-tier DSLR camera as well, so you can upgrade this pretty easily.

We also recommend streaming from a gaming PC, preferably with a separate GPU and CPU to help things run more smoothly (and in higher quality). If you want to stream console games, the built-in streaming software is still severely lacking, so it’s a good idea to grab a capture card so you can still run the stream through your PC.

There are two main contenders when it comes to streaming software: OBS and StreamLabs. Both are great options, but StreamLabs is more user friendly for those just starting out. Both allow you to add things to your stream like alerts (for when someone follows/ subs/ donates, etc.), overlays to add borders to your camera and jazz things up a bit, and an easy way to switch between games on stream. The free versions of these software are everything you need to get started, and when you start to invest in your stream more, their paid versions add some nice, and necessary, upgrades to your stream. But again, we recommend streaming for a few months to make sure it’s for you before investing. 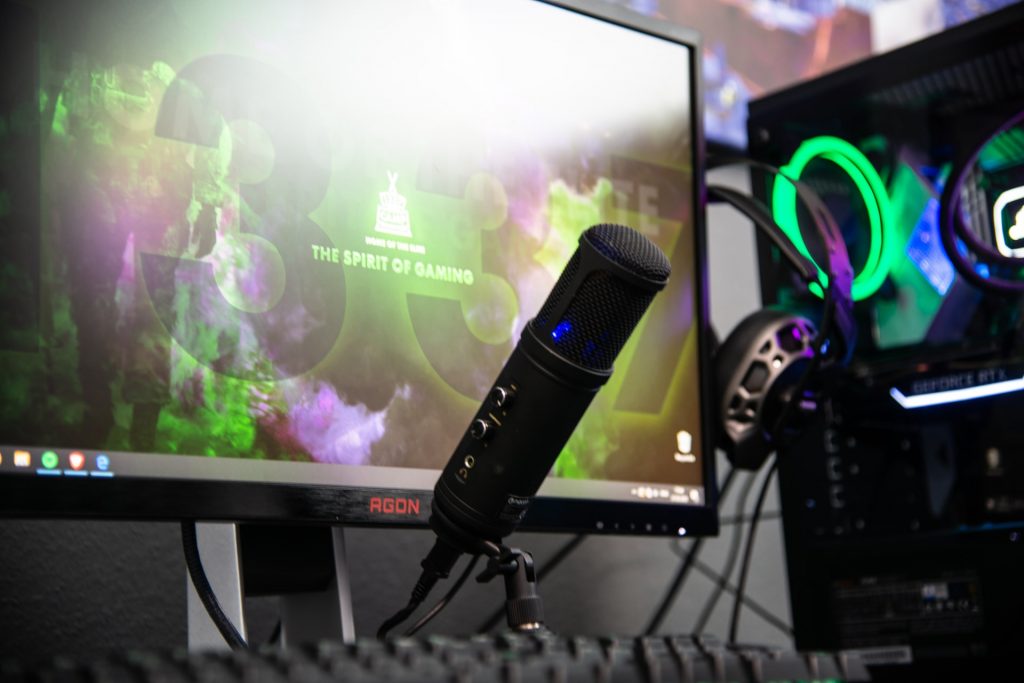 The most important part of any stream though is, of course, your content. You’ll need to decide what kind of streamer you want to be. Are you crazy good at one particular game? Are you a speed runner? Or are you here to entertain with variety streams? If you want to have a successful stream, then you’ll need to figure out where you want to position yourself in the streaming world. Viewers like to know what to expect each time you stream. If you’re switching from an intense CS:GO competitive grind in one stream to playing Animal Crossing in the next, your viewers are going to be confused and will end up leaving your stream because it’s not what they expected.

This doesn’t mean you have to only play one game for every stream though. But, the majority of your streams should appeal to the same audience. So, if you love CS:GO, try and stick to mostly streaming FPS games. If you love Animal Crossing, then focus on chilled cozy games. If you love The Last Of Us, then stick to story-based games.

Another thing you’ll need to decide on is a stream schedule. And, you’ll need to think about this realistically, too. If you work full-time, then don’t try and commit to streaming every day – you will burn out, trust me. Start small with a couple of days a week, but stick to the same time slot to make it easy for people to know when to tune in.

It’s worth noting that the standard for streaming on platforms like Twitch is at least 4 hours per stream. Now, you don’t need to stream for this long, but the longer you’re live each stream, the more chance there is for people to find your stream and tune in.

Make sure you’re thinking about what time people are going to be able to watch as well. If you’re in the UK, for example, then streaming in the evenings will also open you up to a US audience as they begin waking up and looking for entertainment. The opposite goes for US streamers – if you want to try and bring in some of the EU audience, then you’ll need to aim for morning streams. 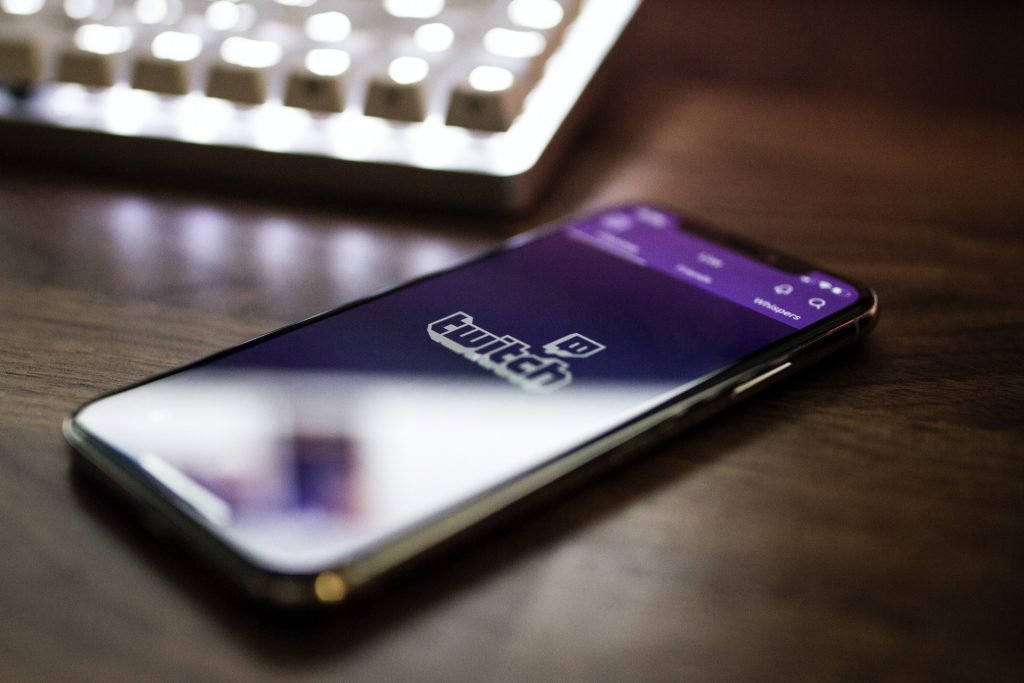 When it comes to where you want to stream, there are two main platforms to consider: Twitch and YouTube Gaming. Both platforms definitely have their benefits and drawbacks – and their controversies. There’s always a new discussion around Twitch and how it treats its creators, but it is hard to deny that they still hold the crown as the default streaming platform.

This doesn’t mean you should count out YouTube Gaming though. A number of Twitch’s biggest stars have made the move and now exclusively stream on YouTube (Valkyrae, TimTheTatMan, and DrLupo to name a few).